The OCT allows your doctor to see structures not visible with only the human eye.

What Is Optical Coherence Tomography (OCT)?

With OCT, we can see each of the retina’s distinctive layers. This allows us to map and measure their thickness. These measurements help with diagnosis. They also provide treatment guidance for glaucoma and diseases of the retina. These retinal diseases include age-related macular degeneration (AMD) and diabetic eye disease.

What Happens During OCT?

You will sit in front of the OCT machine and rest your head on a support to keep it motionless. The equipment will then scan your eye without touching it, which only takes a few minutes.

What Conditions Can OCT Help to Diagnose?

OCT is useful in diagnosing many eye conditions, including:

OCT relies on light waves. It cannot be used with conditions that interfere with light passing through the eye. These conditions include dense cataracts or significant bleeding in the vitreous.

The RNFL is a layer of the retina. Glaucoma causes thinning of the RNFL. The TSNIT map (temporal, superior, nasal, inferior, temporal) displays RNFL thickness values by quadrants and clock hours. 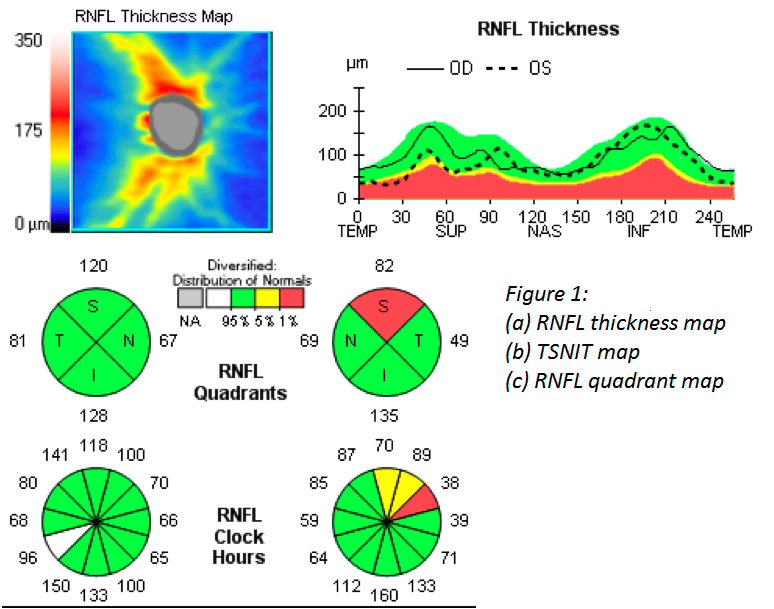 Think of the optic nerve like a “donut.” With uncontrolled glaucoma, the “donut hole” gets larger with time.  The ONH scan quantifies the size of the “donut hole” and can pick up change before it can visually be seen.

Similar to the RNFL, the Ganglion Cells are a layer of the retina.  For patients who develop glaucoma, the Ganglion cells often become damaged before the Optic Nerve becomes damaged.   In turn, when we see damage to Ganglion cells, it’s a risk factor for glaucoma.

Monitoring the Macula with OCT 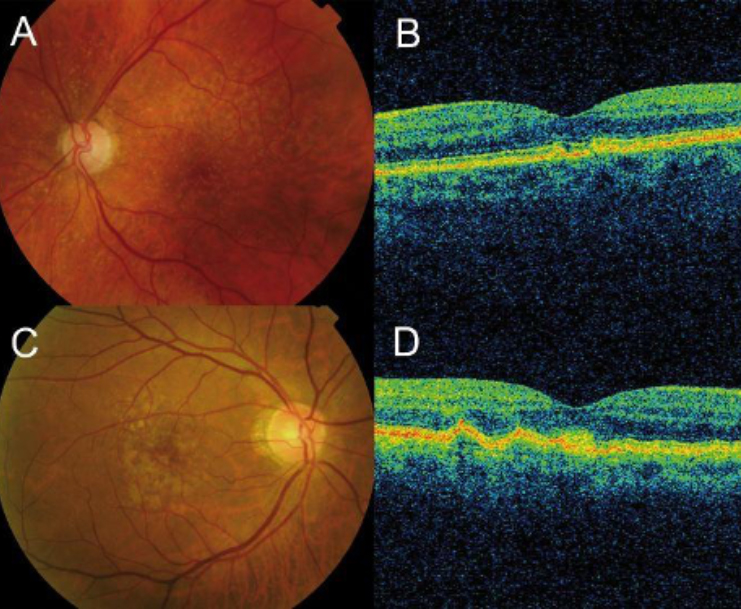 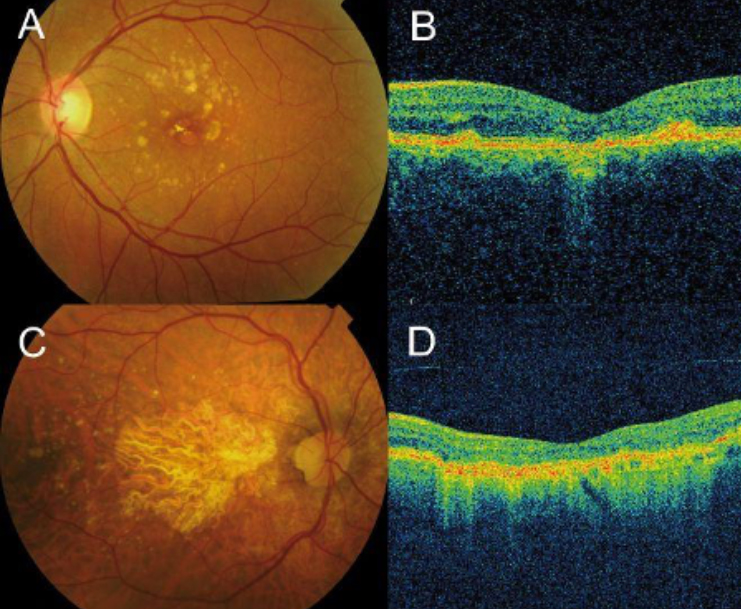 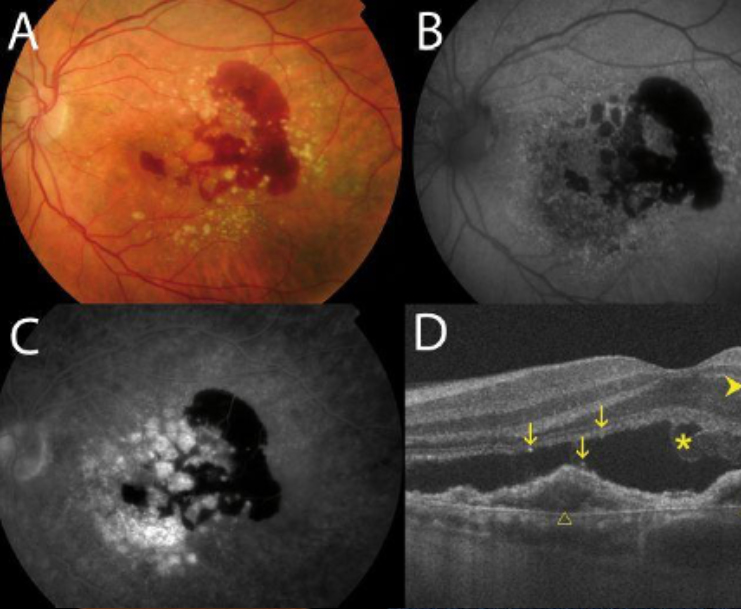 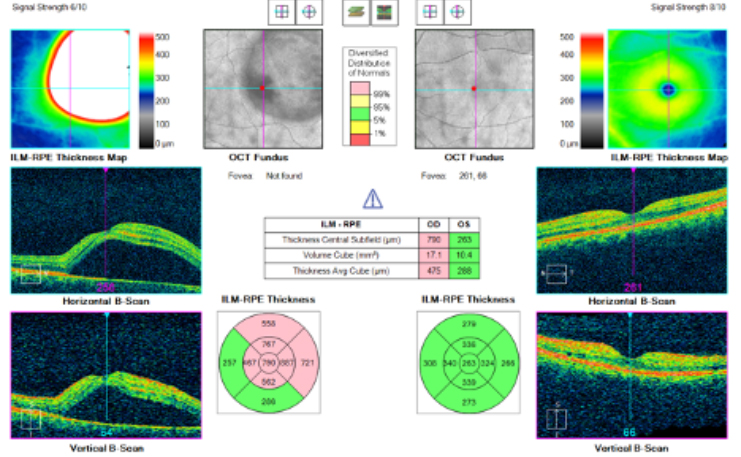 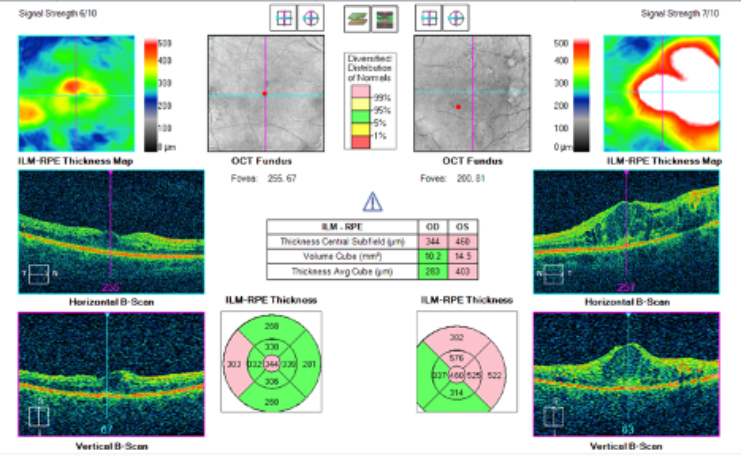 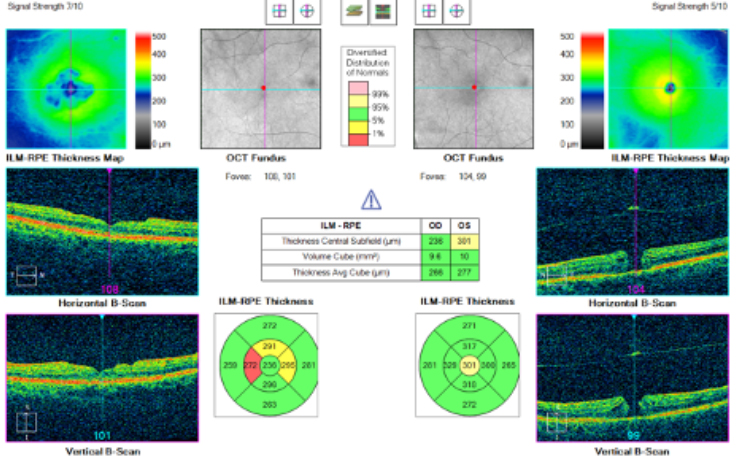 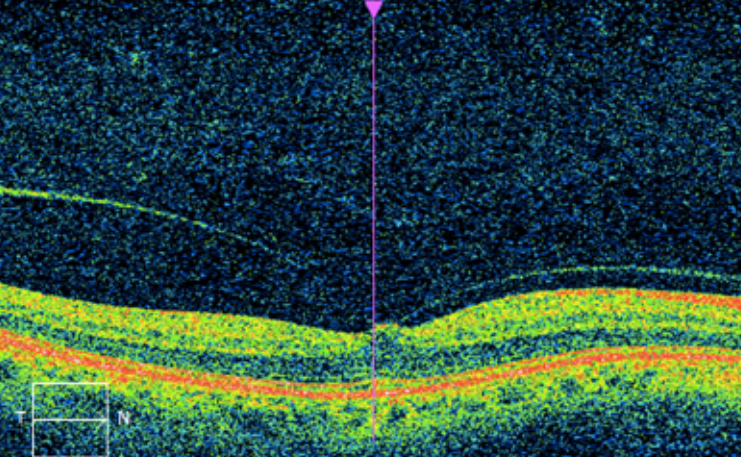