Myopia is a disease that can be treated.

In recent years, Myopia’s prevalence has been growing at an alarming rate.

Globally, research suggests that in the year 2000, roughly 25 percent of the world’s population was nearsighted but by the year 2050, it’s expected that roughly half the people on the planet will be myopic.

If your child has myopia (nearsightedness), you’re probably wondering if there is a cure — or at least something that can be done to slow its progression so your child doesn’t need stronger glasses year after year.  A number of recent studies suggest it is indeed possible to at least control myopia by slowing its progression during childhood and among teenagers.

What Is Myopia Control?

Although an outright cure for myopia (nearsightedness) has not been discovered, your optometrist can now offer a number of treatments that may be able to slow the progression of myopia.

These treatments can induce changes in the structure and focusing of the eye to reduce stress and fatigue associated with the development and progression of nearsightedness.

Slowing the progression of myopia may keep your child from developing high levels of nearsightedness that requires thick eyeglasses.  Myopia is associated with serious eye problems later in life, such as cataracts, glaucoma and retinal detachments. 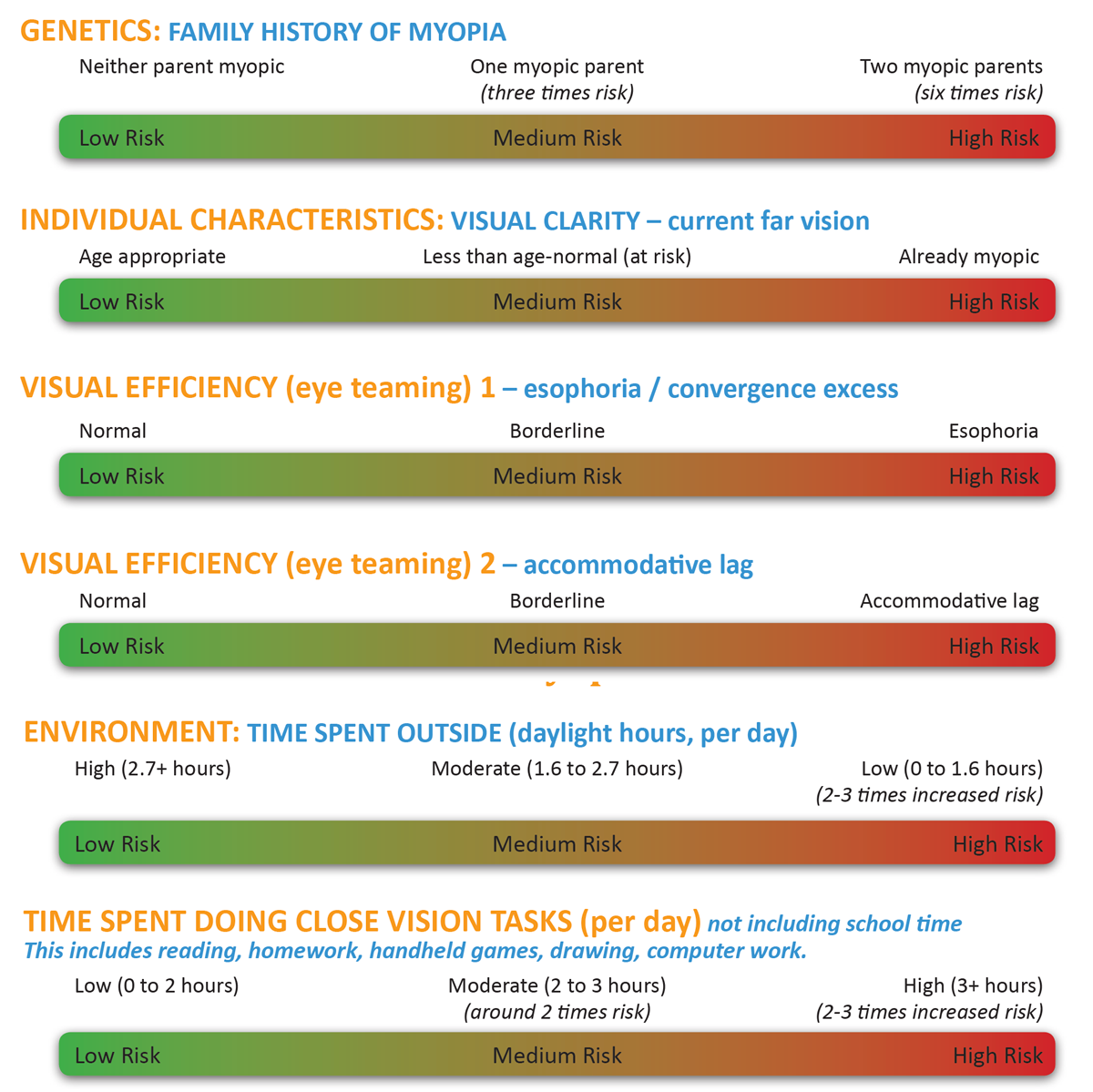 Orthokeratology is a non-surgical procedure where you wear special gas permeable contact lenses (think of them as corneal molds) at night that reshape your cornea while you sleep. When you remove the lenses in the morning, your cornea temporarily retains the new shape, so you can see clearly during the day without glasses or contact lenses.  Orthokeratology/Corneal Refractive Therapy (CRT) have been proven effective at not only correcting myopia but also slowing myopia progression.

Evidence suggests nearsighted kids who undergo several years of orthokeratology may end up with less myopia as adults, compared with children who wear eyeglasses or regular contact lenses during the peak years for myopia progression.

Multifocal contacts lenses are special lenses that have different powers in different zones of the lens to correct presbyopia as well as nearsightedness or farsightedness (with or without astigmatism).

Atropine eye drops have been used for myopia control for many years, with effective short-term results. But use of these eye drops also has some drawbacks.

Topical atropine is a medicine used to dilate the pupil and temporarily paralyze accommodation (focusing up close) and completely relax the eyes’ focusing mechanism.

Atropine typically is not used for routine dilated eye exams because its actions are long-lasting and can take a week or longer to wear off.  In contrast, the dilating drops your eye doctor uses during your eye exam typically wear off within a couple hours.

Research has suggested nearsightedness in children may be linked to focusing fatigue.  As a result, researchers have looked into using atropine to disable the eye’s focusing mechanism to control myopia.

Results of studies of atropine eye drops to control myopia progression have been impressive — at least for the first year of treatment. Four short-term studies published between 1989 and 2010 found atropine produced an average reduction of myopia progression of 81 percent among nearsighted children.

However, additional research has shown that the myopia control effect from atropine does not continue after the first year of treatment, and that short-term use of atropine may not control nearsightedness significantly in the long run.

Interestingly, one study found that when atropine drops were discontinued after two years of use for myopia control, children who were using drops with the lowest concentration of atropine (0.01 percent) had more sustained control of their nearsightedness than children who were treated with stronger atropine drops (0.1 percent or 0.5 percent). They also had less “rebound” myopia progression one year after treatment.

Also, many eye doctors are reluctant to prescribe atropine for children because long-term effects of sustained use of the medication are unknown.

Other drawbacks of atropine treatment include discomfort and light sensitivity from prolonged pupil dilation, blurred near vision, and the added expense of the child needing bifocals or progressive eyeglass lenses during treatment to be able to read clearly, since his or her near focusing ability is affected.