Find out if you are ready for cataract surgery. 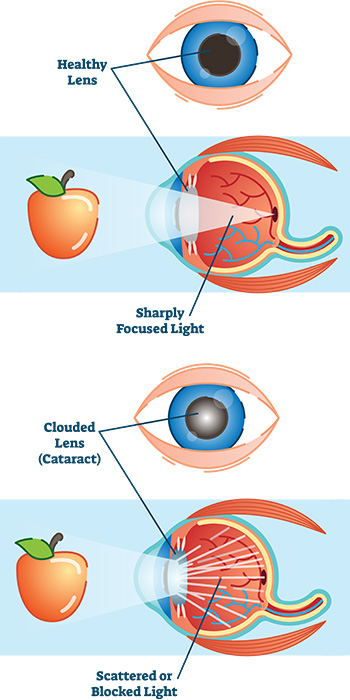 A cataract is a cloudy or opaque area in the normally clear lens of the eye. Depending upon its size and location, it can interfere with normal vision. Most cataracts develop in people over age 55, but they occasionally occur in infants and young children. Usually cataracts develop in both eyes, but one may be worse than the other.

The lens is located inside the eye behind the iris, the colored part of the eye. Normally, the lens focuses light on the retina which sends the image through the optic nerve to the brain.

However, if the lens is clouded by a cataract, light is scattered so the lens can no longer focus properly, causing vision problems. The lens is made of mostly proteins and water. Clouding of the lens occurs due to changes in the proteins and lens fibers.

Cataracts generally form very slowly. Signs and symptoms of a cataract may include:

There is no treatment to prevent or slow cataract progression. In age-related cataracts, changes in vision can be very gradual. Some people may not initially recognize the visual changes. However, as cataracts worsen, vision symptoms increase.

The lens is composed of layers like an onion. The outermost is the capsule. The layer inside the capsule is the cortex, and the innermost layer is the nucleus. A cataract may develop in any of these areas. Cataracts are named for their location in the lens:

Most cataracts are due to age-related changes in the lens of the eye that cause it to become cloudy or opaque. However, other factors can contribute to cataract development including:

Although unusual, cataracts can be present at birth or develop shortly after. They may be inherited or develop due to an infection (such as rubella) in the mother during pregnancy. A cataract may also develop following an eye injury or surgery for another eye problem such as glaucoma.

While there are no clinically proven approaches to preventing cataracts, simple preventive strategies include:

How is a Cataract Diagnosed:

Cataracts can be diagnosed through a comprehensive eye examination. This examination may include:

Further testing may be needed to determine how much the cataract is affecting vision and to evaluate whether other eye diseases may limit vision following cataract surgery. Using the information from these tests, your optometrist can determine if you have cataracts and advise you on your treatment options.

How Is a Cataract Treated:

Cataract treatment is based on the level of visual impairment they cause. If a cataract minimally affects vision, or not at all, no treatment may be needed. Patients may be advised to monitor for increased visual symptoms and follow a regular check-up schedule.

In some cases, changing the eyeglass prescription may provide temporary vision improvement. In addition, anti-glare coatings on eyeglass lenses can help reduce glare for night driving.  Increasing the amount of light used when reading is also beneficial.

When a cataract progresses to the point that it affects a person’s ability to do normal everyday tasks, surgery may be needed. Cataract surgery involves removing the lens of the eye and replacing it with an artificial lens. The artificial lens requires no care and can significantly improve vision.

During cataract surgery the surgeon makes a small-incision in the side of the cornea (the clear outer covering of the eye) and inserts a tiny probe into the eye. The probe emits ultrasound waves that soften and break up the cataract so it can be suctioned out. This process is called phacoemulsification.  After cataract is removed, an artificial lens is placed into the eye.

Cataract surgery is one of the safest and most effective types of surgery performed in the United States today. Approximately 90 percent of cataract surgery patients report better vision following the surgery.

Trimoxi is a major breakthrough in reducing patient cost, inconvenience and post-operative complications. Trimoxi is a combination of steroid (triamcinolone) and antibiotic (moxifloxacin) that is placed into the vitreous after the IOL is inserted.

What does this mean for Cataract Patients?

Traditionally, we prescribed two or three eye drop medications that needed to be instilled into the operated eye 3 or 4 times a day, for 4 to 6 weeks. Proper use of these medications is critical for preventing postoperative vision threatening complications such as Endophthalmitis and Cystoid Macular Edema (CME).  In addition to some of these prescription medications costing patients hundreds of out-of-pocket dollars, patients often forgot to put them in and many had physical difficulties with handling the bottles and assuring the proper amount of medication got into the eye.

Over the past few years, a number of studies have shown that placing antibiotics and steroid medications inside the eye at the end of cataract surgery is more effective at preventing these vision threatening complications and eliminating patient compliance issues with drops. Doctors have been doing dropless cataract surgery for years in Europe with great success and it is starting to become more popular in the U.S.  Over 120,000 cases have been done with TriMoxi nationwide.

Roswell Eye Clinic is very excited to bring Trimoxi to our cataract patients.  If you have questions about TriMoxi or think you may have a cataract, please call us at 770.992.7620.

Laser Cataract Surgery uses a femtosecond laser to perform many of the surgical steps that were traditionally performed by hand. The precise, reproducible steps performed by the laser mean better lens positioning, less trauma to the eye, and more predictable visual results which are especially important with LifeStyle Lens Implants. 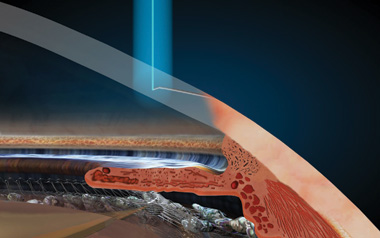 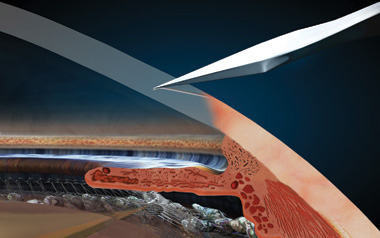 To begin, a stair-step incision is created on the edge of the cornea with the laser instead of with a blade. The incision is self-sealing and rarely needs suturing. 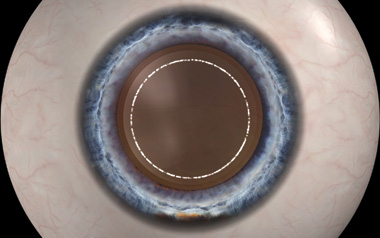 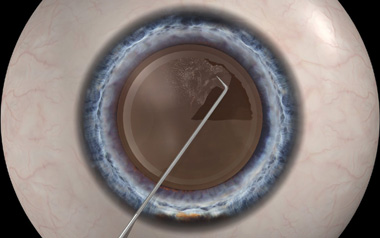 The laser then creates an opening, “capsulorhexis,” in the thin capsular membrane that surrounds the natural lens to provide an opening to remove the cataract. Studies have shown that less than 10% of manual capsulorhexis, which are made with a bent or shaped needle, have been able to achieve the same accuracy that is produced with laser cataract surgery. 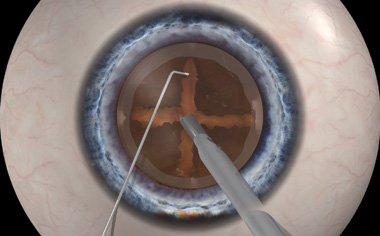 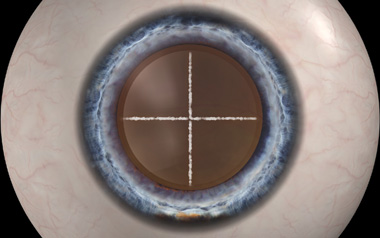 The laser also softens the nucleus as it is divided into manageable pieces, thereby allowing the cataract to be removed using less ultrasound energy. This is beneficial because there is less inflammation during surgery making the procedure less traumatic to the eye.

Choosing your IOL (multifocal vs. monofocal vs. toric) and type of cataract surgery (laser vs. manual) are important decisions that will affect how you see every day for the rest of your life. Therefore, it is important for you to understand your surgical options, IOL options, and the testing required to help you achieve the visual outcome you desire.

IOLs are soft, foldable lenses that are inserted into the eye in order to replace the cataract. IOLs are available with optics that provide a wide range of visual clarity and focusing capability. Our goal is to give you the best overall quality of post-operative vision with the lens that is best for your lifestyle’s visual needs.

Monofocal IOLs typically improve uncorrected vision after cataract surgery.  However bifocals and/or reading glasses may be needed to see best at all distances. 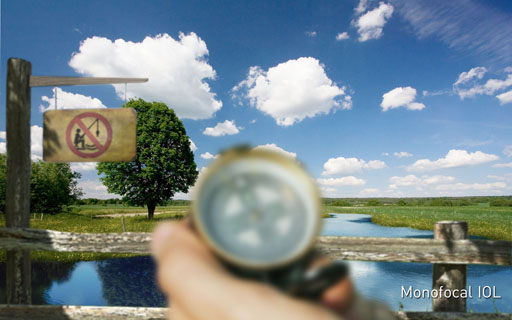 There are also Multifocal IOLs available that can provide a broad range of vision (near, intermediate and distance) with less dependence on glasses. We use Laser Cataract Surgery for patients that elect to have a Multifocal IOL. If they have astigmatism, the laser will correct their astigmatism, too. 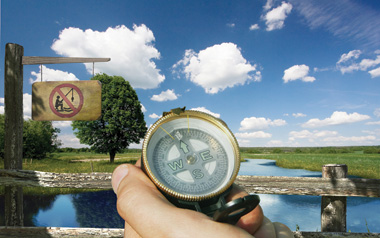 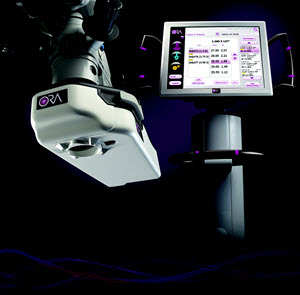 The ORA is attached to the surgical microscope and provides continuous streaming measurements of intraocular lens implant (IOL) calculations intraoperatively, ensures proper IOL placement, and determines treatment zones for correcting astigmatism. ORA utilizes intraoperative wavefront aberrometry to enable us to perform a much more custom refractive cataract surgery. Our goal with refractive cataract surgery is to provide our patients with the best possible vision with minimal if any dependence on prescription eyewear after surgery.

ORA technology will be particularly useful for those patients who have had refractive surgery in the past.